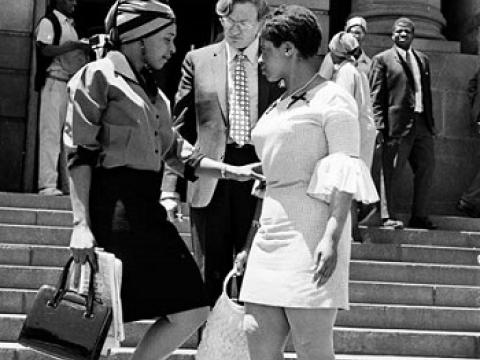 Joel Joffe and Canon John Collins worked together to help end one of the greatest injustices of their time: South Africa’s apartheid government. Now, two organisations they founded are keeping the flame burning with a new chapter in the story of their collaboration.

In 1963, Joel reached out to Canon John Collins to fund the defence team in the historic Rivonia Trial. Joel was a key member of Nelson Mandela’s legal team, defending him against charges of treason. Mandela used the trial to broadcast the truth about South Africa’s apartheid government to the world. He later described Joel as “the general behind the scenes” of their defence, demonstrating great personal courage and commitment. 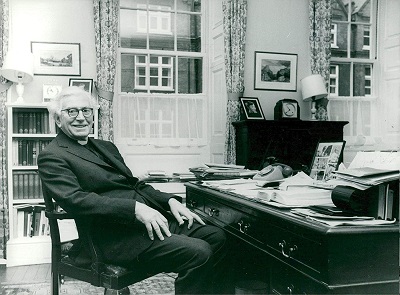 Canon John Collins in his study.

Joel and John made an exceptional contribution by supporting the huge number of people working to end apartheid. They served the cause of a noble struggle. And as with all great movements and moments in history, we don’t know the half of it. It is estimated that Canon John Collins, with tireless energy and creativity, led an operation to smuggle £100 million into apartheid South Africa to support the fight for freedom.

In 1981, the Canon Collins Trust was founded to enable students from southern Africa to become leaders for the future. By this time, Joel was well established in the UK and becoming an influential philanthropist. He was a keen supporter of the new trust and became Chair of its board for over a decade.

Joel wrote, “As an attorney working in the darkest days of apartheid, I experienced first-hand the power of the law as a tool to fight against tyranny and injustice. I am extremely pleased to see the Canon Collins Trust supporting the development of a talented cohort of socially conscious legal scholars.” 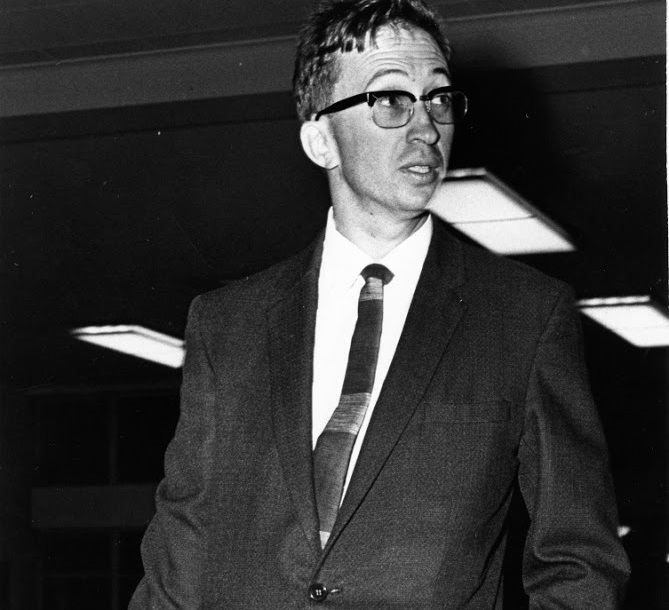 One such legal scholar was political prisoner Derrick Grootboom, who remembers sitting in his cell on Robben Island during the eighties. One block over, were Mandela and Kathrada.

With the funds BDAF smuggled into the country and passed into the prisons by the prisoners’ lawyers, Derrick was able to support his family, finish secondary school and begin a law degree.  “It emboldened me and others to continue with the fight and not to give in,” he remembers. His studies were often interrupted by the warders, who would try to find ways to aggravate the prisoners so that they could lose their privilege to study. “I learned to prioritise my studies over the insults of the warders.” Some of his comrades were not as successful. After his release, he completed the law degree and received a scholarship from the Canon Collins Trust to do a Masters in Law at the University of Southampton. “It will forever remain one of the best experiences of my life.”

Today Derrick Grootboom is the Regional Court Prosecutor for the Western and part of the Northern Cape. The Western Cape has had some of the highest crime, murder and assault rates in the world for over a decade. “You are faced with so many moral dilemmas in the work I do,” he explains. “I have been prepared to serve my country with the assistance of the Canon Collins Trust.”

John Collins and Joel Joffe set an extraordinary example in the pursuit of justice, working on many different causes. They combined the human warmth to listen and encourage people on an individual level with rigorous strategic clarity and tireless dedication.

The Joffe Charitable Trust is thrilled to fund the new Joel Joffe Scholarships, run by the Canon Collins Trust, and could not be more delighted by the four scholars who have won the first awards. We believe that they are wonderfully placed to put our founders’ values into practice in a world that needs them as much as ever.

As South Africa emerges from the shadow of state capture on a huge scale, we are proud to support the next generation – people like Derrick Grootboom, who are fighting to ensure South Africa’s government creates opportunities for all its citizens. This is the natural next chapter in the story of Joel Joffe and Canon John Collins’s shared fight for justice. 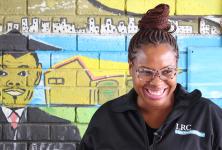 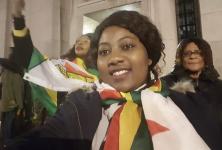 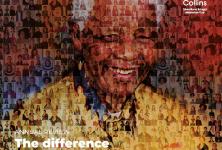 Optimise lockdown for your Career
by Bersan Lesch